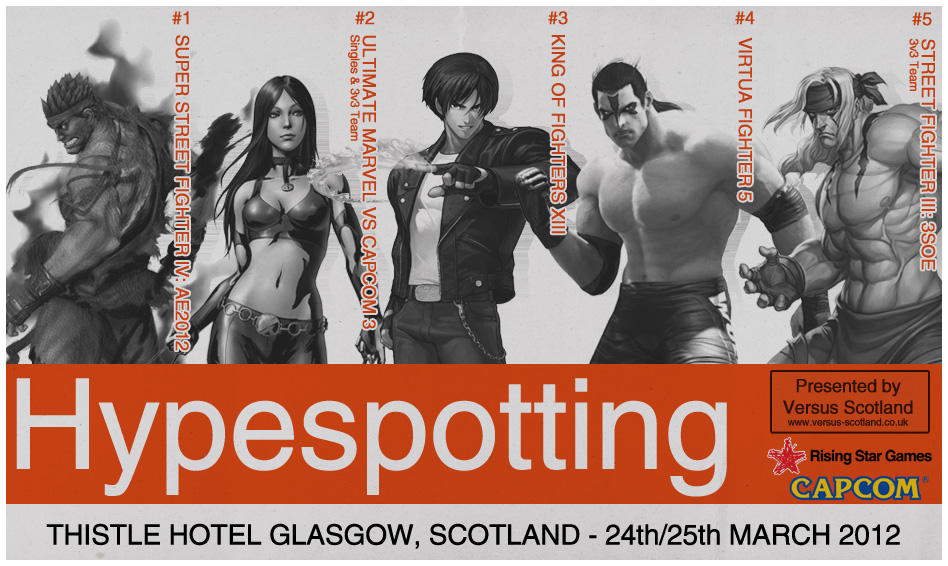 Have you been having fun watching the streams? Gunsmith will be arriving in Scotland Sunday morning. Keep an eye out for him on the Hypespotting Stream!

The longest running fighting game tournament series in California is back! NorCal Regionals 10 holds the distinct honor of being the first major event for the recently released Street Fighter x Tekken and with a lot of heavy hitters in attendance, expect to see some crazy new technology! Other games in the line-up include Super Street Fighter IV: Arcade Edition 2012, Ultimate Marvel vs Capcom 3, Virtua Fighter 5: Final Showdown and more!

Winter is coming! The MLG Pro Circuit Winter Championships arrive in Columbus, Ohio, and there are some new games on the Pro Circuit! Joining StarCraft II and Halo: Reach in Columbus will be Mortal Kombat, King of Fighters XIII and Soulcalibur V, along with a whole host of new competitors. Tune in all weekend long to catch the action and cheer on your favorites! 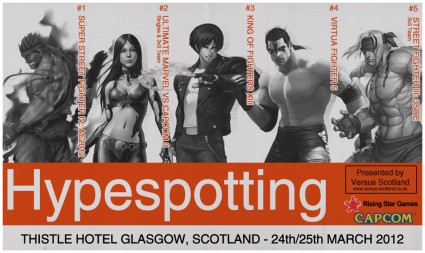 Who is the Scottish Champion? Versus Scotland presents a national fighting game tournament of their own, taking place in Glasgow. With a cash pot and exclusive prizes donated from HORI, Hypespotting will consist of tournaments for Super Street Fighter IV: Arcade Edition 2012, Ultimate Marvel vs Capcom 3, King of Fighters XIII, Virtua Fighter 5 as well as team tournaments for Street Fighter III: 3rd Strike.