Now this reminds me of the good old days, where webmasters used to get gift art for hitting a certain number on the counter.? Anyway, orochinagi is awesome – because you guys say so (like I’m going to argue).? We might be hitting a peak, as I noticed the facebook page is growing, let’s hope it doesn’t suddenly crash out with XIII… 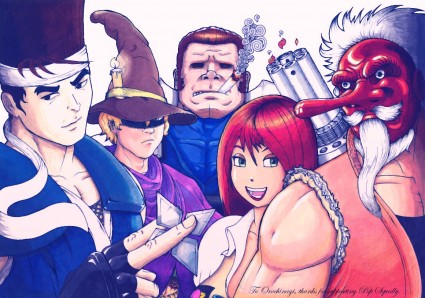 There’s been quite an interest in the 2k2UM poll, but SNKP aren’t going to go into production for only a hundred people.? If you know people who would like to play it, get em to vote.? I’ll show SNKP, I’ll tell em to take names and pre-orders like with a conditional minimum before they even go into production… it’s up to them after that.? Then you can only be angry with them, not yourself, for not trying.? Let’s go, ikimasho!