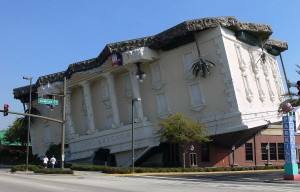 "Now this is the story all about how my life got flipped, turned upside down.."

A few months ago, I traded the vast fields of pine trees and squalor that is my home state of North Carolina for the bordello of Mickey Mouse that is Orlando, Florida. A job opportunity had worked its way out of the bowels of the recession, so I grabbed for it as soon as it was offered. Besides, I haven?t worked a linear job for three years. It was either move, or become a victim of circumstance. Screw that.

The chance for work also came on to me like a gift on high in the midst of my mother?s illness,? for mounting expenses that were not matching the amount of income coming in.? Our household was taking a hammering.

I packed three bags with clothes, my sensitive documents, my clippings from newspapers after the UNC Tarheels NCAA basketball tourney wins, my gaming machines, and whatever hope that remained after the Obama campaign. Riding on a plane was new to me up until June of last year, where I was invited by the same friend that got me the job to come down to his niece?s graduation. We all grew up together, so I figured I should show my face; perhaps see Shamu, some Cuban-American girls… but none of that happened. I learned of the diagnosis of my mother while waiting during a layover in Atlanta, and with that new knowledge, there was no fun to be had in the House of Mouse. Just brooding and calls to check the status of my mother until I got back home.

But after the melancholy of finally laying my mother to rest after her valiant fight only three short months later, it was time for me to make sure that all her work in raising me was for not for naught – it was time to take on the world. When I got off of the plane, I loaded 100+ pounds of my life into my friend’s hatchback. Thank goodness for Southwest Airlines, as my bags would’ve easily cost me around 100 dollars to move. My 360 and peripherals rode in my carry-on, as I’ve noticed how they throw the suitcases into the storage compartment. If my 360 was to die, I’d rather it be by the old fashioned RROD, not by suitcase collision.

Four months in, I still know very little of Orlando, outside of the fact people must get their driver license after sending in 500 Kool-Aid Points, where Publix is (awesome grocery store), and that there is a never ending parade of elderly people (we watched two older people pull out of their parallel parking spaces only to hit each other?s bumpers).? It?s a beautiful city (the nickname for Orlando is The City Beautiful), but it?s all a mystery to me. I?ve never lived in an area where there were more than two stoplights, so going from no options to a nearly inexhaustible supply of stuff to do is much to take in. We stay in walking distance from Sea World, it’s only 10 minutes from Universal Studios, and probably 10 minutes away from Disney World. And that?s not counting the museums, galleries, parks, clubs and the plethora of things to do downtown. There is a WORLD of stuff to do, and it is all less than 20 minutes away.

We also happen to stay on the ?good side? of town. With a big city, there is big city crime, and Orlando is the most dangerous city in all of Florida (shocking that it isn?t Miami). The news averages around 2.5 murder stories a day. A millionaire supposedly murdered his wife in the same neighborhood that Tiger Woods was confronted about his Leisure Suit Larry-esque trysts. Too bad end boss Nordegren the Wronged will take half of his life bar amongst other things. Outside of that, Orlando have a tropical climate that I am not used to. I am accustomed to seeing jackets and pants in Febuary;? not shorts and flip-flops. There also only seems to be two seasons as well: Dry and Hurricane. 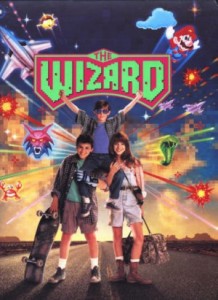 If this movie was in this day and age, he'd be cursing his face off playing Modern Warfare 2 over Xbox Live. Fact.

I need to make friends around the area, and hopefully get pushed into a direction where there are arcades.? The atmosphere is what I miss more than anything…the wonderful noise pollution of so many arcade machines going at once. ?I would love to be able to step into an honest to God arcade again, even if it is to get waxed by a 13 year old potty mouthed kid in Marvel vs. Capcom 2. As it is well documented, the arcade has turned into a proverbial El Dorado in the US due to the online gaming boom, and of course, the economy. In North Carolina, you?d have to travel a good ways to get to a place that had more machines than the local gas station or grocery store.

Strangely enough, the front of? a discount store named Roses is where I found and fell in love with Fatal Fury, and a year or two later, The King of Fighters ?94. In retrospect, I can?t really knock the fact that my country boy upbringing didn?t necessarily put me in a position to become an arcade rat, but I wonder if I would?ve had the opportunity to have good competition and an arena to play in . Beating rednecks in a shit-kicker bar at World Heroes and WrestleFest doesn?t have the same experience building level as clashing with someone who is a local legend at a world renowned arcade at Street Fighter III.

But if anywhere, I have a good chance of finding one here in Orlando. With all the fun to be had in the area, it would be sacrilege for there not to be at least one. If not, my friend, roommate and I get enough gaming in, although they seem to be stuck on Halo 3. I was tired of Halo 3 before it was even announced. We played some Gears of War 2, but that got old quick, and no one wants to sit and watch the other play a single player game unless they are tired or drunk. And most of the time, two out of three of us are a combination of both.? Fortunately, I only touch the spirits on special occasions.

It may sound like a bit of a travel brochure, but my excitement about a new start has me rejuvenated.? Although it is not the comfort zone of my spawning ground, I am taking to life here, and as my gaming time has withered, the spirit hasn?t died by any means. I have a backlog of at least six games that haven?t been played through,? and one of those six hasn?t even been touched yet. I?ve also yet to take in the full experience of The City Beautiful yet either. And thankfully, I have a job that I?m mildly good at. I?ll juggle these three things happily, count my blessings, and live as righteously as Mama Shiny intended.