The Neo Geo mini is slated to arrive for pre order in the EU for €129.99 tbc. You will need to be fast because there will be a limited first batch.

It was on pre order in Asia here and it sold out like it did in Japan. New batches will come later like they did before.

The line up of games is different to the Japanese version: 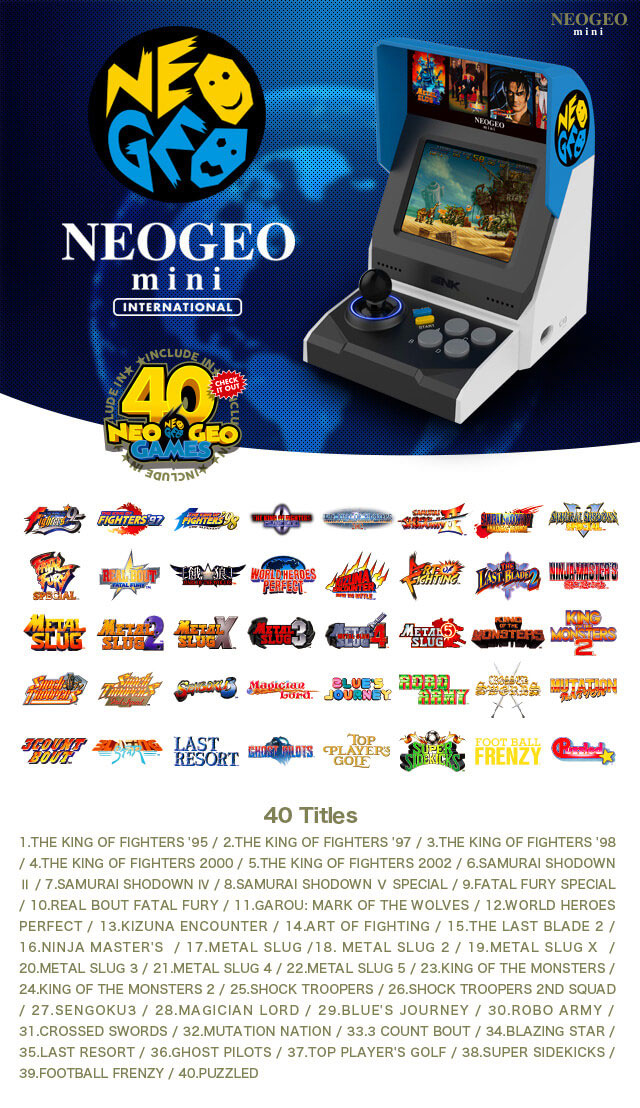 How is the stick?

It’s an analogue stick, much like the neo geo CD and PlayStation 4 L3 controller.

Can I plug in my usb stick?

So far, no. The mini has two mini USB C ports. Players have modded their sticks to work but that requires soldering and cutting up cables…

Does it plug into TV?

Yes, the neo geo mini has a mini HDMI to HDMI cable.

How is it powered?

It requires USB power, much like android phones and devices.

What’s the difference between jpn and international version?

The choice of games, the colours and the international version has a light up panel.

This is a chance to own a fully working modern and official Neo Geo!  The fighting gamer fan won’t like the pad or the stick but Brook is working on a converter and there will be a dedicated stick coming out soon. 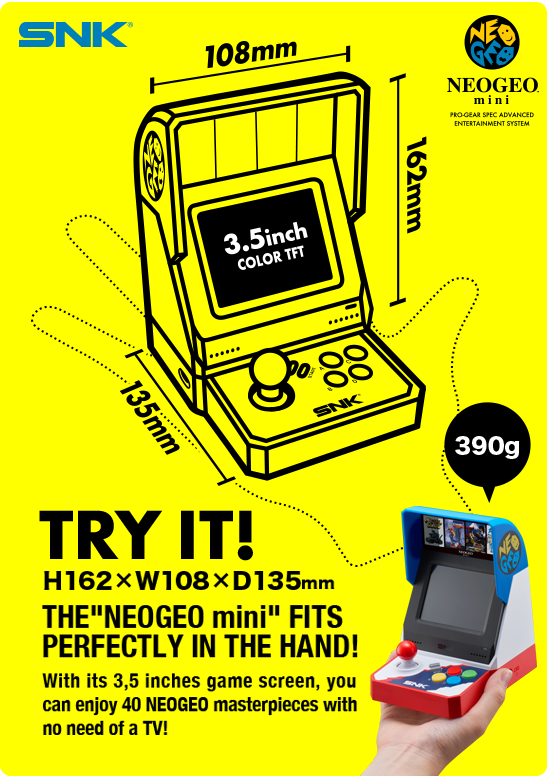