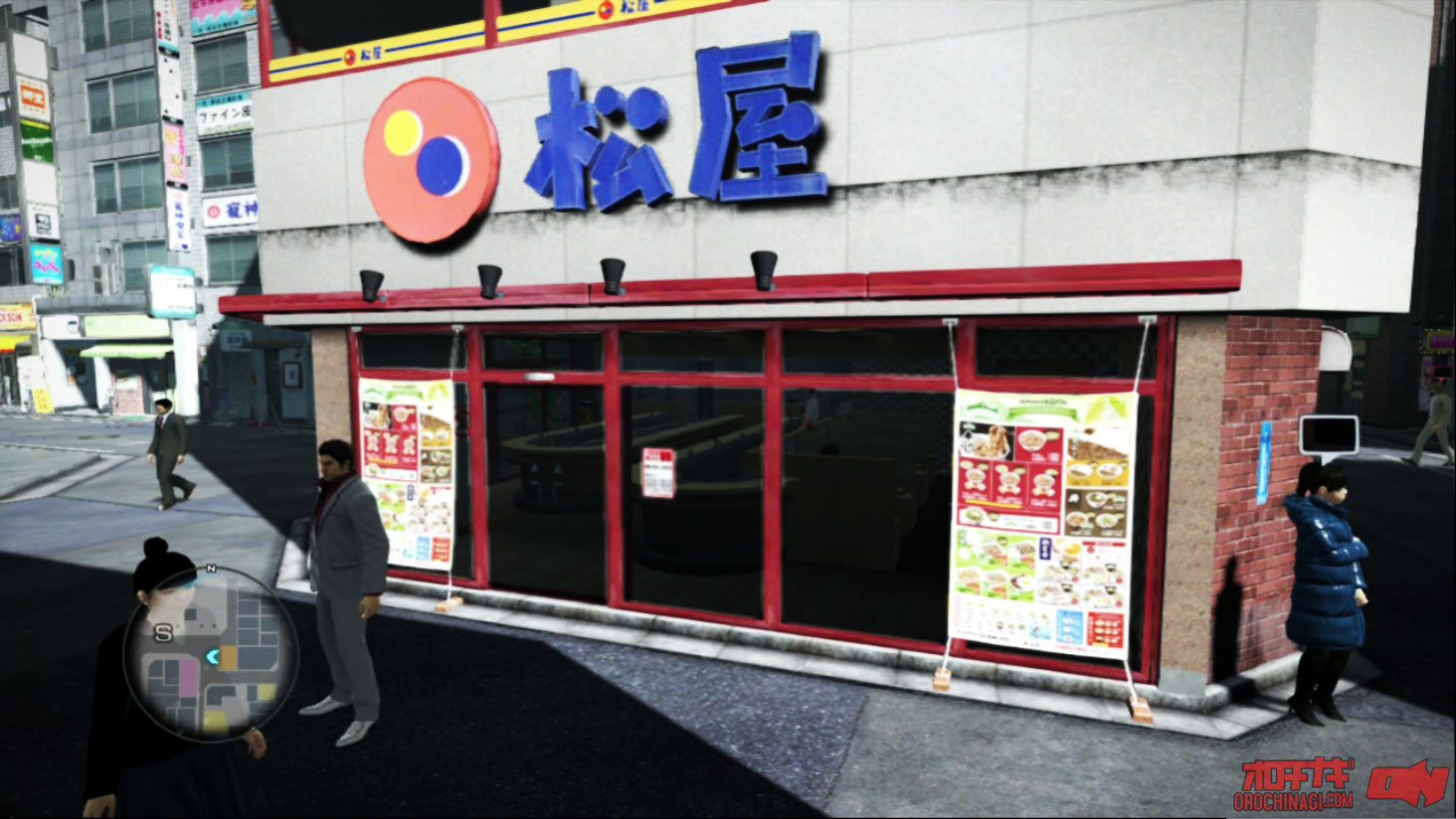 Matsuya features in the Yakuza series, recognisable by the logo that looks like an orange bowling ball. 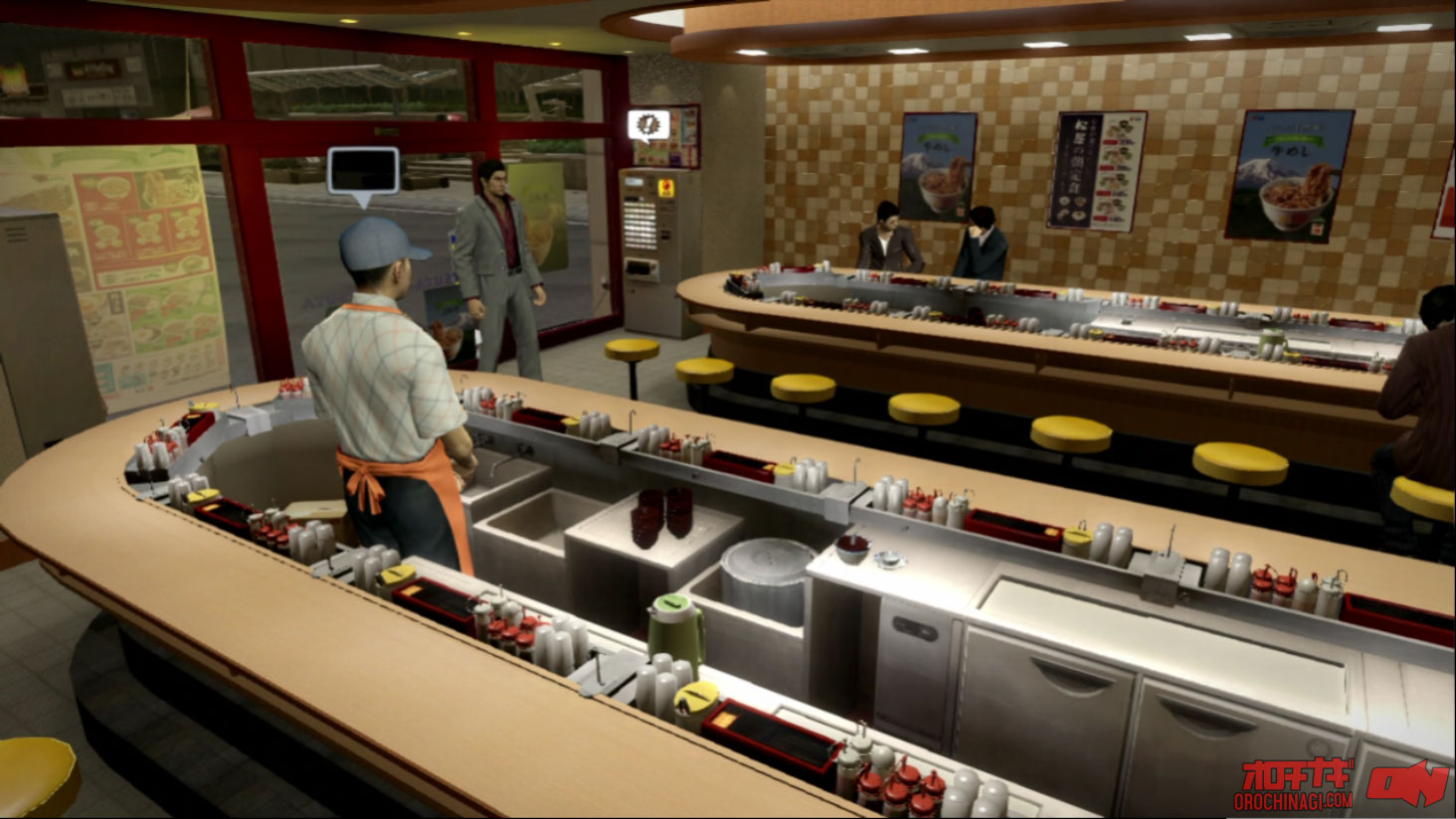 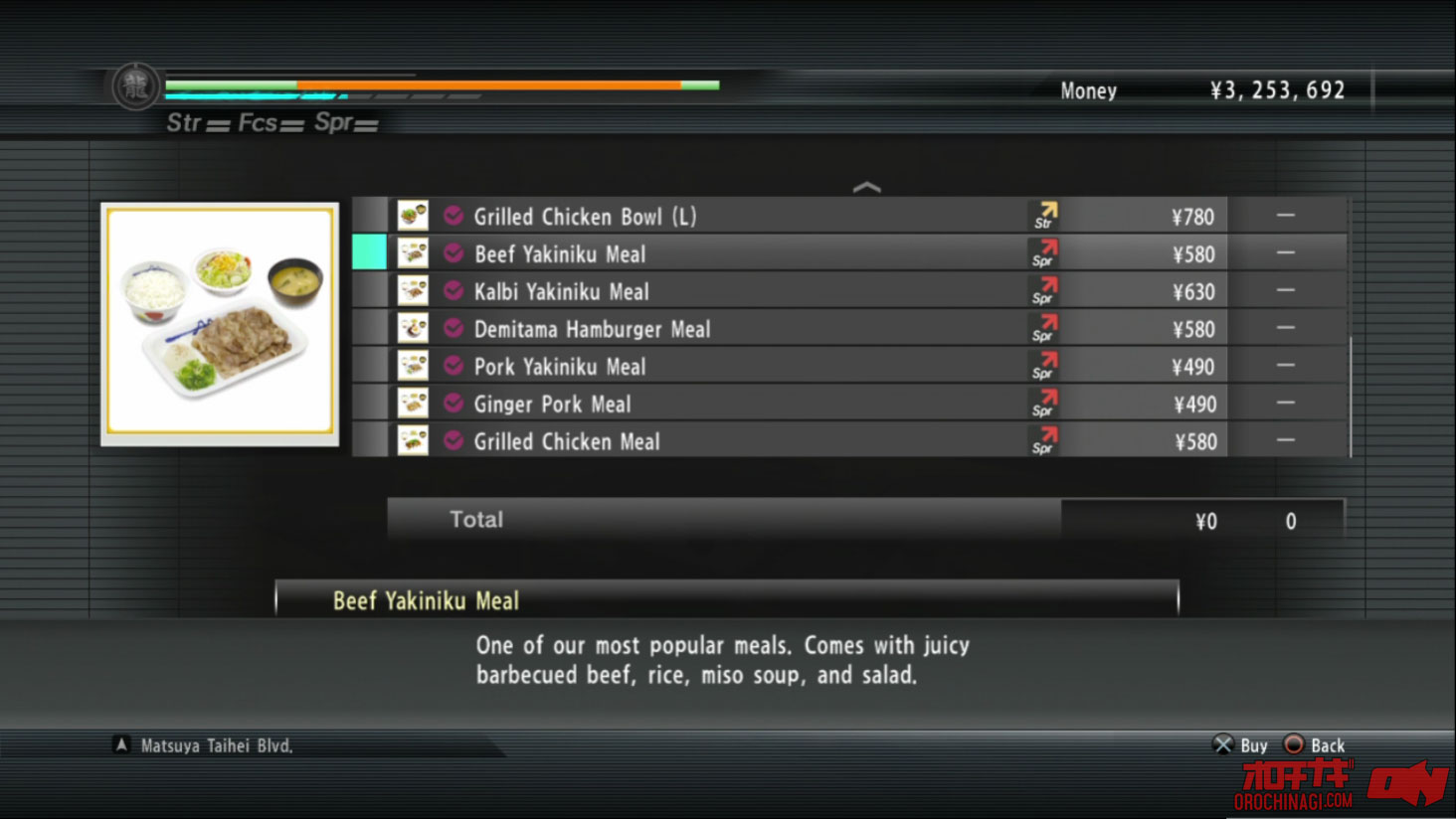 In the Kiwami remakes, Matsuya has been replaced by another brand, but it’s the same type of food. 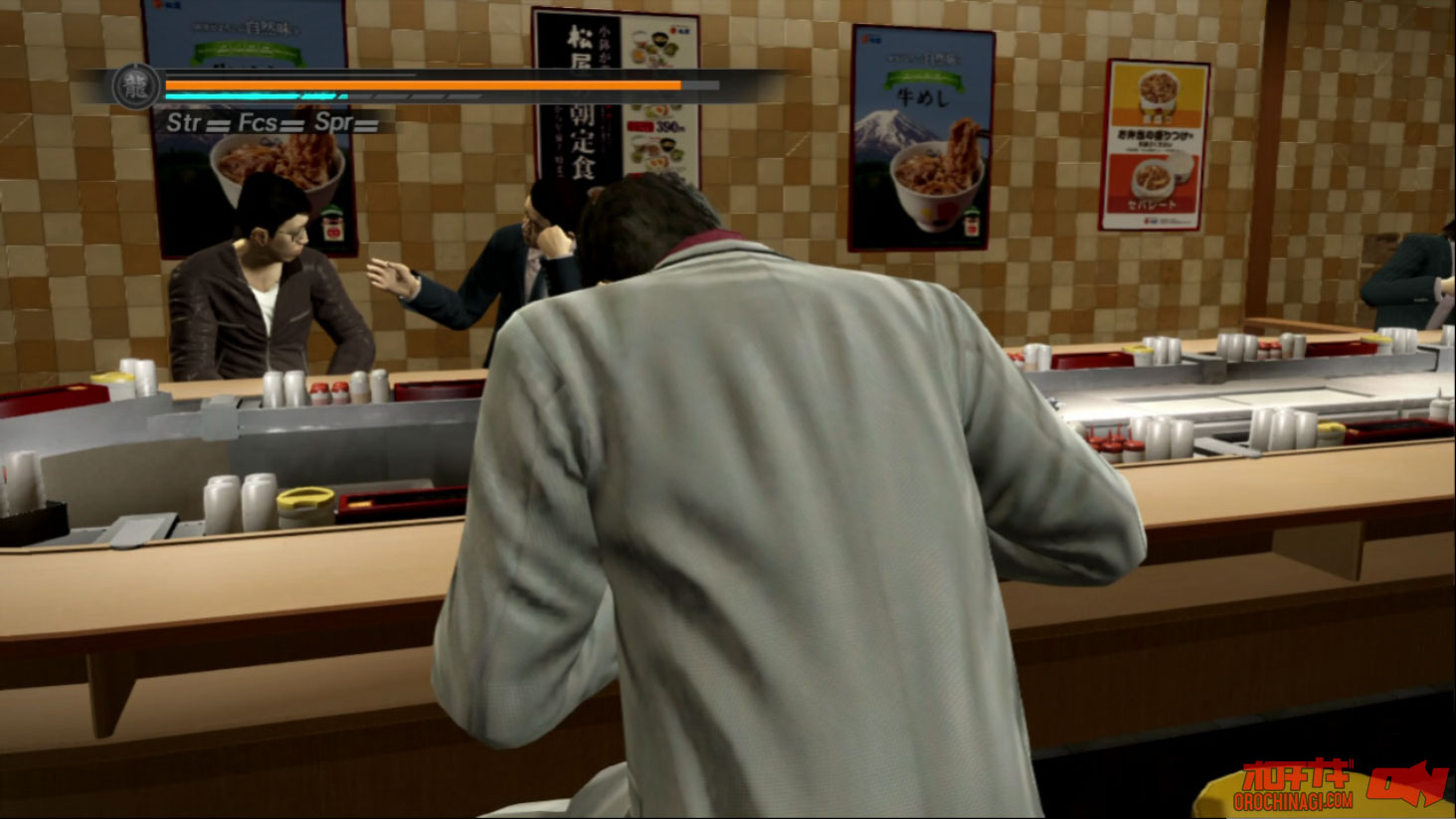 This chain restaurant, can be found pretty much everywhere.  It’s cheap and cheerful and open late!

The games depict the eateries accurately, and in Yakuza 6, although it’s not actually Matsuya, you can destroy the place in a rage if you’re not happy with the service. 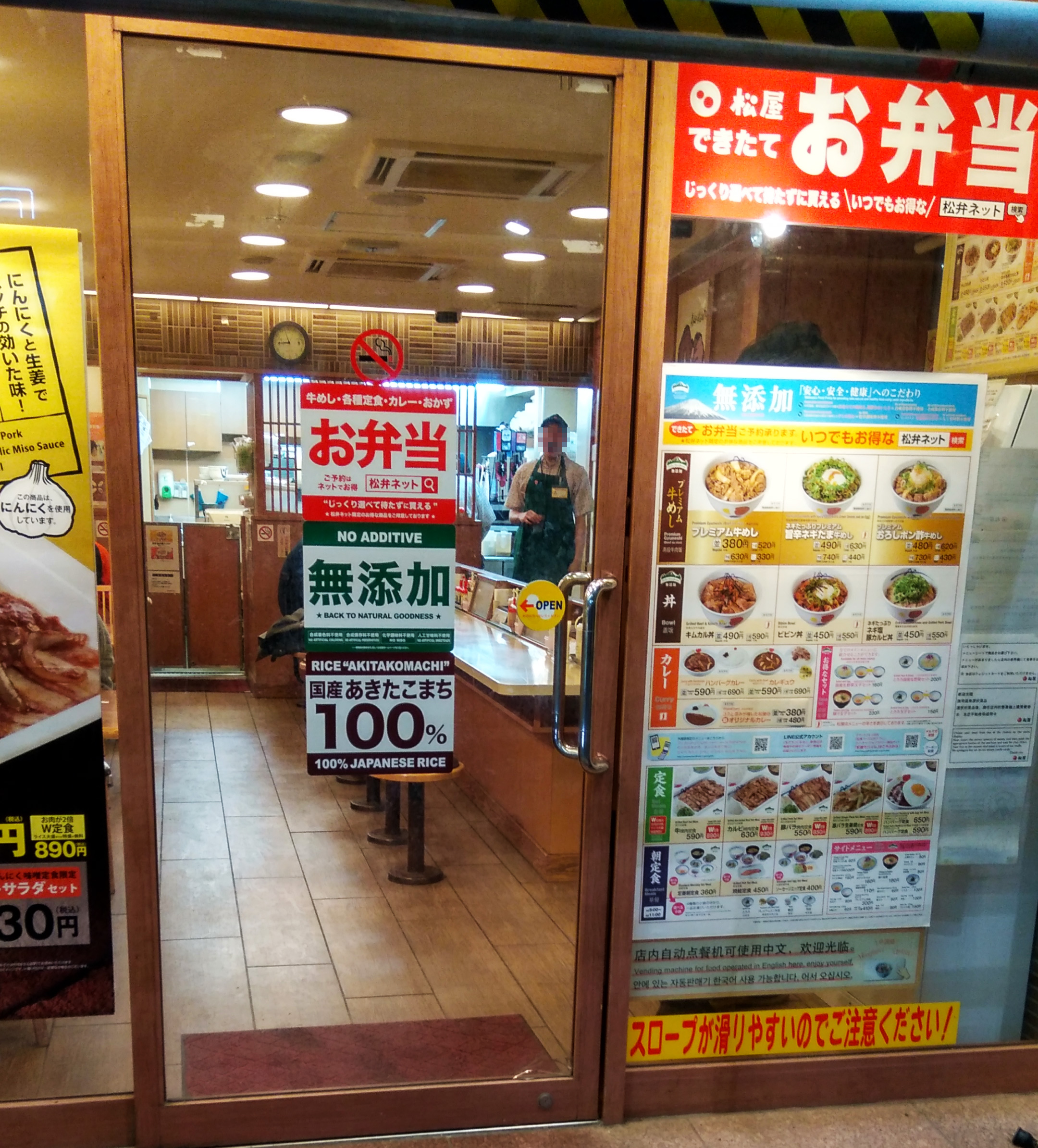 From personal experience, Matsuya’s Akitakomachi rice seals the deal.  Each dish costs on average less than 500 yen.  Just pop the money into the machine (which has English language) and give your tickets to the servers behind the counter. No additives! Beef, pork, curry options, salad and beer!