On Oct the 30th, people in South Korea were celebrating the end of covid restrictions with a big Halloween street party, with 100,000 people coming into the Itaewon district. Reports say a celebrity was spotted down an alleyway, a narrow street on an incline. Already too little to support a crowd, people surged into the street, eventually causing people to fall over and be crushed. The death toll stands at 156 with many injured, many of them young women.

Many posters on the forums expressed their sadness for the bereaved, while others didn’t see the relevance to the global game, while others pointed out that other games’ Halloween events were still running (7DS). And of course, what about all the dead in the Russia-Ukraine war and other places, right now? 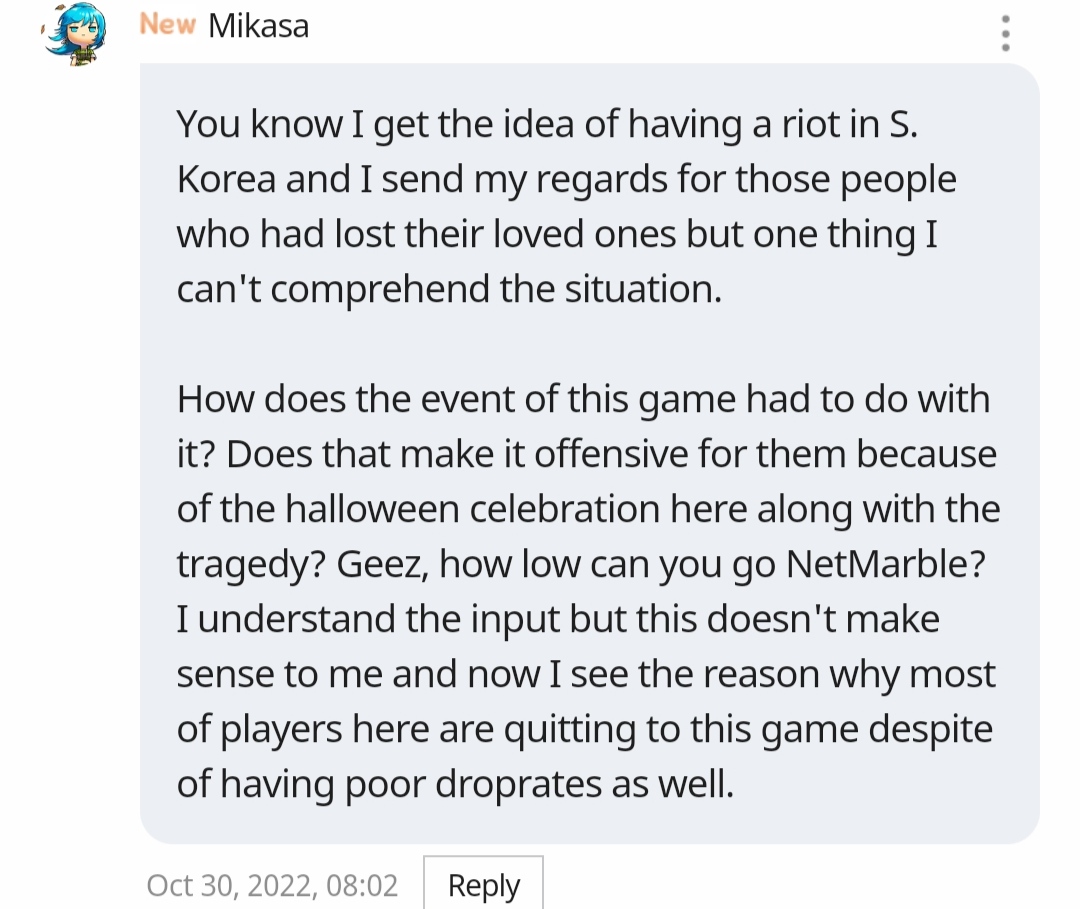 Netmarble is a Korean company, they care about their home first, their people first. That should be understandable, although you might feel a bit left out. Also notice that this event is not political. It’s a simple tragedy. Their developers may have been affected and these are the people making your game. It’s a respectful gesture. So? How does it help? Why should I care? You may ask. Well, if you will remember that you were not able to get all the rewards from the Halloween event, will you remember why? Will you be angry that people died and your game was affected? The point is (imo) that it makes us remember.

Still, we can’t guarantee that we will learn anything from this. Right now, the people are blaming the police for a lack of response to an unplanned, unmanaged and sudden gathering, but how is anyone supposed to be ready for that? At any rate, we might think twice when we see a place that looks crowded, and keep the hell away.

By the way NM is going to give out compensation for ending the event early.

Our condolences to all who lost someone and to those who lost their lives. As we grow, we have a lot to remember.