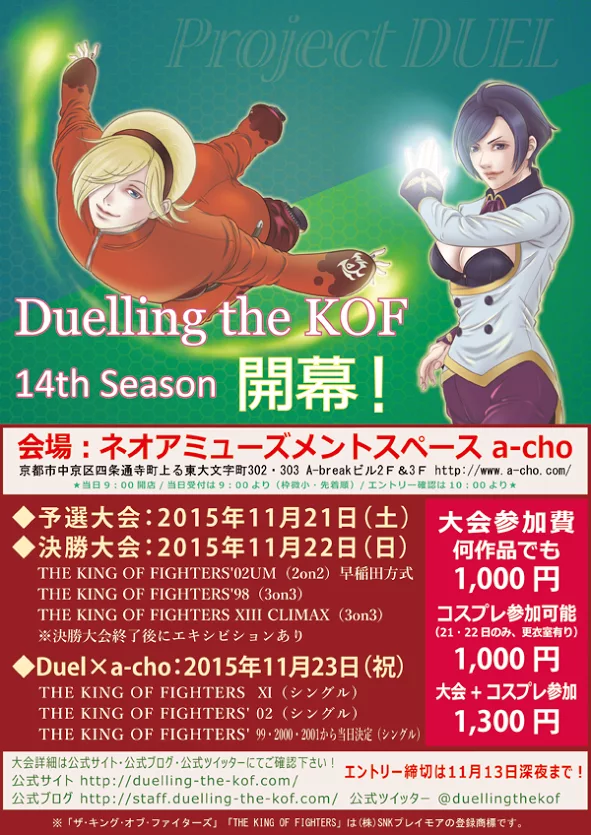 Below you will find twitch replays, Day 1 on youtube, photos and bracket links.

They are actually still streaming right now – with 2002 Japan vs Taiwan! English chat has also been enabled!

Well they still haven’t updated the brackets… but this year again brought serious fighting with ET, Koukou, Cap, M’, Kyabetsu, Haregoro and more! Check the tweets below for some photos and results, note that Twitch and Qanba were certainly more involved this year!

Looks like they fixed the issues, here we have 8 hours of fighting!!!

You should also check the revised combo for Ash by Tennkawa, as demonstrated by Tortita!

I can’t confirm whether this is the official youtube channel, but here is Day 1a on youtube

Brackets can be found here.

WHO WILL WIN? ATMA OR THE PRIME MINISTER?