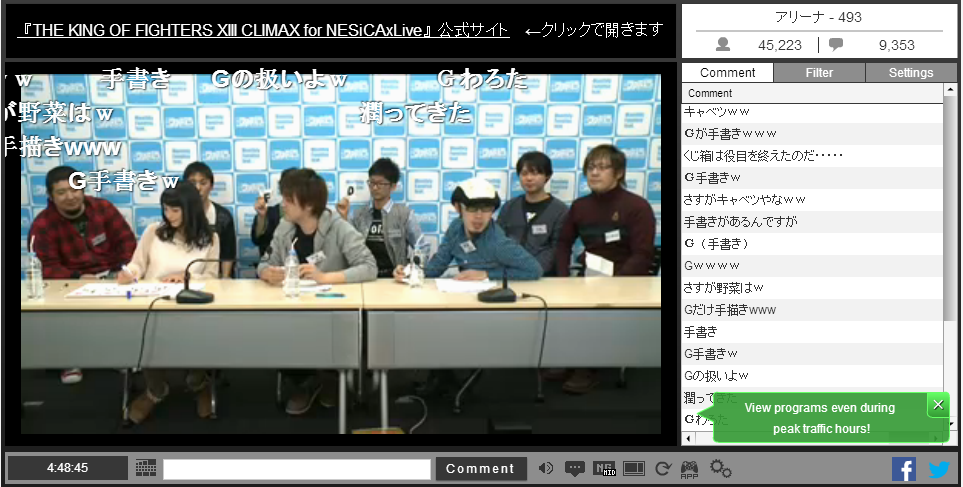 “The arcade coverage on Famitsu’s monthly online show is ending after tomorrow’s broadcast (probably due to Arcadia magazine closing operations), and they’re running a mini-“Ichigeki” tournament starring the show’s host, Mitsuhiro Ichiki > the famous terry player in Japan who also happens to be a voice actor”