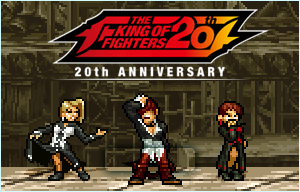 Here’s the official confirmation! As with Kyo’s team, you can unlock Team Yagami with medals, or just buy them for around 5 bucks.  With team Ikari already in place, the question now is, which other characters could enter?

Iori Yagami joins the battle in the 2nd part of the KOF Collaboration Campaign!
SNK PLAYMORE CORPORATION (Corporate HQ: Suita-city, Osaka, Japan, Company, President & CEO: Koichi Toyama) is proud to announce a new download record* and the launch of the 2nd part in the collaboration campaign with “THE KING OF FIGHTERS” game series to the iPhone & Android application “METAL SLUG DEFENSE”.
“METAL SLUG DEFENSE” is the latest installment in the legendary 2D run-and-gun game series “METAL SLUG” and its first entry as a tower defense / strategy game. “METAL SLUG DEFENSE” was released on May 1st, and exceeded the 20 million download* historical threshold on February 17th.

“METAL SLUG DEFENSE” is recording increasing success many regions of the globe such as North America, Europe, North & South America, South-East Asia, and Japan as well, and we believe it will keep growing in the months to come. Moreover, we have the pleasure to announce the launch of the 2nd part of our collaboration campaign with the highly popular “THE KING OF FIGHTERS” game series which celebrated its 20th Anniversary last year.

* Total amount of downloads of the game on iOS and Android (with the exception of China)
*This number doesn’t take in account several downloads done on the same user account.
Breakdown of the 2nd part of the “KOF Collaboration Campaign” and the new update
?Description:

plus! KOF on Smartphones are 99c until March 1st!

All #KOF apps are available at only $0.99 until March 1st! Hurry up and get the best of #KOF at a knock-down price! pic.twitter.com/zUqc4nvrBo