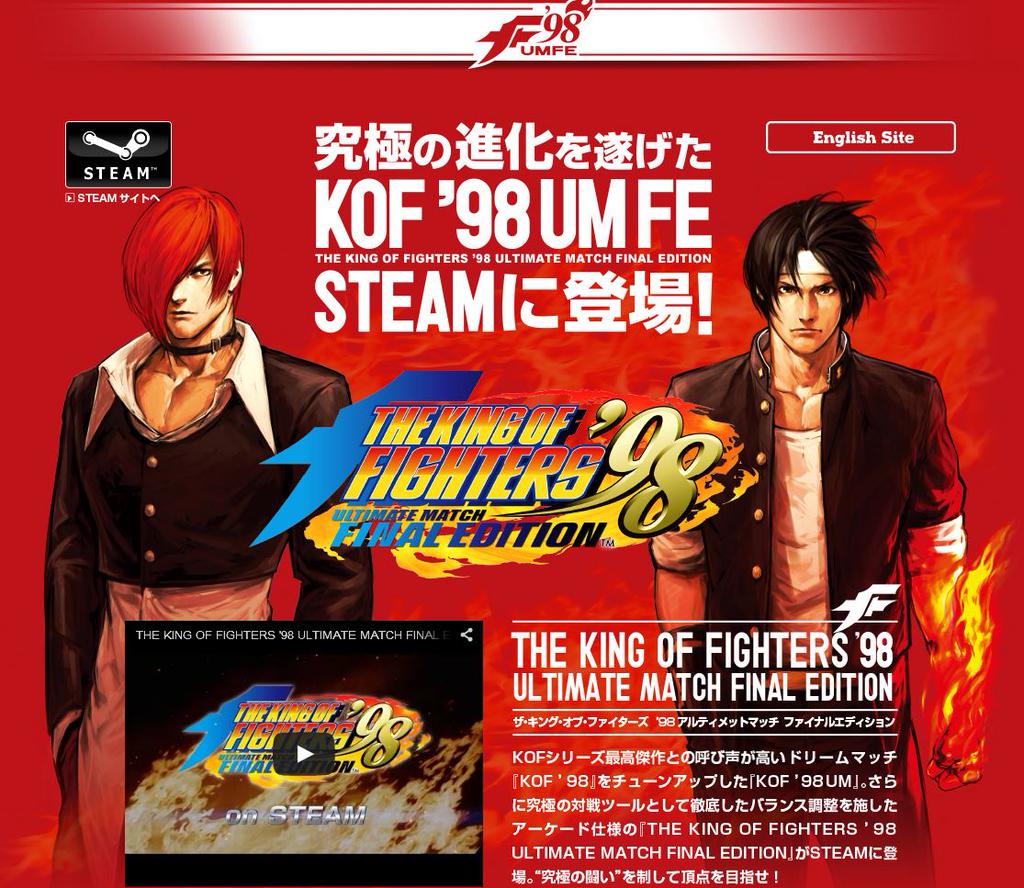 KOF98 is now on Steam and I’ve been playing the hell out of it.

KOF98FE Changes – these are the most up to date and translated direct from SNK.

For those of you who have no idea what you’re getting into please watch Dandy’s guide:

First of all, to find opponents, you should create rooms, this was the same problem as we had in KOF13: everyone searching and nobody hosting.

Otherwise, the best place to go is the STEAM chat room.  Lots of new players!!!!!!! I couldn’t believe it. I even asked them if they could stomach the old graphics but they were very keen!

This thing will generally appear huge like 3000 and then tumble down and hopefully stop around 200 and under.  The lower the better of course but I don’t get the impression it’s accurate: today I played with someone who had 120ms, said they had 20 ping yet the match had .5 second lag delay, which was horrible.  However, the match was smooth, just had to use my crystal ball… Other matches at the same rating were smooth and had minimal lag!  Some very very good games. Note I have a 40mb/25mb  fibre optic connection and I’m not trying to play people in other countries. Keep it local, bro.

None of those, this is the tweaked xbox version.

BUT: I can’t unmap buttons.  URGH

I also noticed sometimes after a match it’ll hang, if one person quits the game the other will be “released”.

@CodeMystics I’m very disappointed with 98UMFE’s release. There is alot of frame skipping in offline and online has been unplayable. — Running Wild (@RunningWildWolf) December 16, 2014

KoF98UMFE actually runs pretty smooth, online seems to be very good for me. And my laptop sucks big time. Any other exp?@orochinagicom ?