This book can be found here on Amazon.

Note it is also available on Amazon kindle for a fraction of the price, and I’m working to have it free to view on the site.

But if you have a friend, family member or loved one that’s into fighting games, we think this would be a good present (if they’ve already got everything else!) 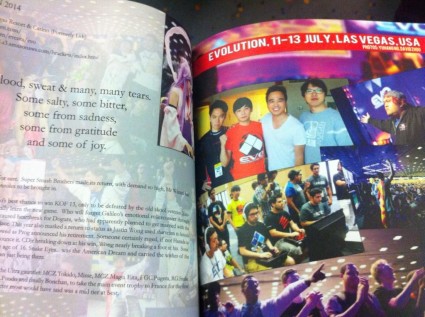 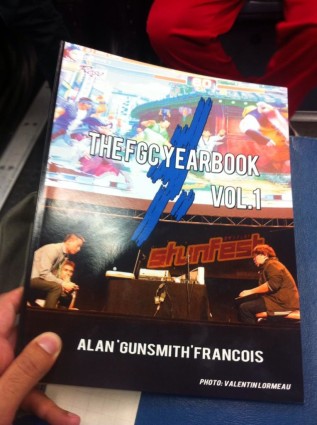 Relive the moments with this coffee table photo book! Or take it with you to the bathroom! However, the paper is too stiff to be recommended for… that activity.

Thanks to everyone that helped in the making of this book (there’s a thanks page at the end).

We now begin on VOLUME 2.  So if you want your event to be in it, leave a comment or contact us through the site menu!

HEY! There’s a 30% off code that can’t be beat – HOLIDAY30 but if you can stack vouchers, have another discount on us – 7 bucks off if you use the code LQM2F7HV

Recent tournament footage of Breakers at TRF in Japan!

Hmmm I wonder where we’ll see this as a side event again?

Still got some sprinkling of SNK characters in there!

Here are replays of a recent tournament in Singapore, showing the players that compete with RZR.Xian (and put up a good fight!)!

“20% off THE KING OF FIGHTERS ’98 ULTIMATE MATCH FINAL EDITION”

Game Features:
?A thorough overhaul of the game balance !
With an overall readjustment of the game balance and every character’s moves, this final edition of “KOF ’98 UM” is
definitely the ultimate version to play for every KOF fan for endless and epic battles!

?A gorgeous character roster of 64 fighters !
In addition to the original roster of “KOF ’98”, emblematic KOF characters such as Eiji Kisaragi, Kasumi Todoh, Geese
Howard, Mr. BIG, and Wolfgang Krauser join this ultimate tournament. Furthermore, this final edition offers an alternate
version to some characters for a total of 64 different fighters and infinite team possibilities!

?2 different online features available
Choose between “Rank Match”, where your battle results are shared and ranked online, and “Player Match”, where you can
set your versus battle settings to your liking. Struggle to be the true King of Players in the limelight of the international stage!
The world is yours!

?Original NEOGEO Ver. “KOF ’98” included
The original NEOGEO version of “KOF ’98” has been faithfully ported for the great pleasure of all! Discover or rediscover
the quintessence of “KOF” on Steam!

?Various game modes!
“KOF ’98 UMFE” features several game modes for the best game experience ever such as “Endless Mode”, in which you
take on CPU-controlled characters in a series of battles, “Challenge Mode” to attempt and clear a total of 30 missions,
“Practice Mode” to train all types of moves and combos, or “Character Edit” that lets you redesign your favorite characters to
your liking.

Ever wondered what the chars say in KoF XIII? Or wondered about the voices behind the scenes? Then check this out. http://t.co/DP6gfdd2XY

Have you spent all your money on Black Friday? No? Good, get your xmas presents for your loved ones here!!!