It’s been like AGES  since IVGC, how do you feel?

I miss Cannes already, I had an absolute blast meeting the players there from all around the world and they’re all a bunch of great guys.

What has stuck in your mind from the event?

Drinking and playing at the Orochinagi room with everybody=)

Awwww, well, yes, that was an awesome night.  Did you try SF Ultra?
I didn’t touch Ultra at all. Don’t have much to say about that game other than I’ll try out some Elena and Decapre once the game comes out.
At the actual tournament what did you think of the level? There was xian Ryan Frionel Salim and Bala – did you see any new tech to take home or at this point would you say there is nothing new to learn?
I already knew before the tournament that there was gonna be some really strong competition there so for me the biggest surprise was Steeve who I had never heard of before. Tech isn’t all that important once you’ve reached a certain point so I’ve been trying to learn how to play “fast” as Bala puts it. Him and Frionel really feel like they have constant X-factor since they give you so many options to think about non stop and they’re not afraid to take initative.
What was the best and worst thing of the trip? Is there anything you’d like more of or improved?
I’m very happy about my placing in KoF and I just love Breaker’s Revenge so playing a side tournament in that game was really fun. Worst part was getting DQ´d from 3s during KoF top8 (some people told me the 3s tournament was being played the day after so I’m not sure if I got DQ’d a whole day before the tournament even started).
Would you recommend going there and would you go again?
I’ve been thinking that the tournament itself is kinda messy with all the stuff that’s going on at the same time and there’s no room to play at the venue. I can’t recommend the tournament itself but I’d say you have to go there for the chance to meet and play with all the great players. 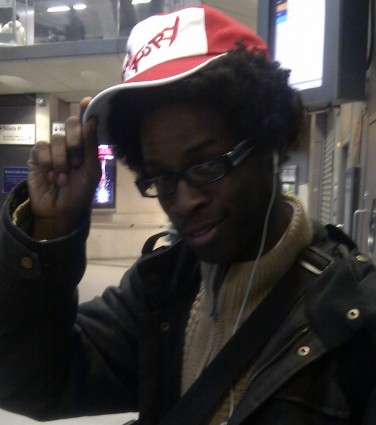 Why did you go to IVGC?

I went to IVGC as it was the first big tourney of the year that was quite close to home. I had been practicing and wanted to see how far my progress had come along on all the relevant games.

I was happy to win so many games, 3 gold medals for AE, Tekken and ST and 2 silver for AE is never anything to be unhappy about. I was happy to see Dieminion, Xian and Bala. It was also good that Europe defeated them as a group on AE. Bala is so sick at KOF, had fun watching him in action.

What do you remember, a week later?

That I will keep training to improve myself all the time. I want to do even better than I did next time.

Best thing was having everyone from UK there with me and winning together, worst thing was losing to France in only the 3 on 3, I wanted a clean sweep.

The prizes could be much better at this event, if I measure the WGC/IVGC prizes with all other European/US tournaments including size comparison of entrants, IVGC doesn’t pay that much.

The event is fun in large groups so I’d definitely encourage people to go with their friends to play in tournament. The whole self catering thing is a blast when there is a chef amongst the group as well. Haha!