Micro transactions and the future of FGs

Home  >>  FGC News  >>  Micro transactions and the future of FGs 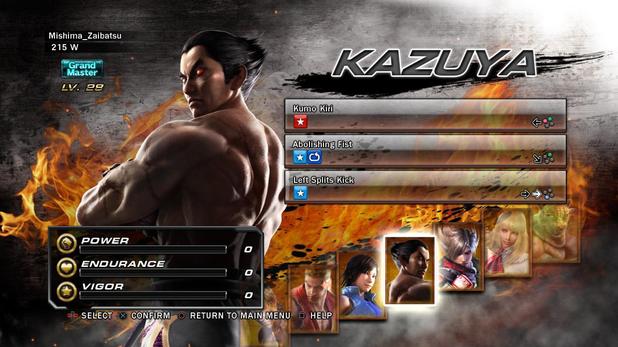 Micro transactions and the future of FGs

There’s a lengthy article at the Guardian about Rockstar’s plans to monetise GTA V without annoying the fanbase with paywalls, subscriptions and obstacles near impossible to beat without paid assistance (Candy Crush is a prime example of this strategy).   As GTA V  seems to be practically playable from start to finish without paying extra, unless you are lazy, impatient or just plain spoilt (weapons and clothes are for sale with real currency should you not wish to grind), the question that arises is how are companies that produce fighting games looking at this, and how will they react?

When SNKP was developing the King of Fighters XIII in the midst of fury at Capcom about DLC already on disk, we proposed charging for a color edit mode.  SNKP took this one step further by charging the customer only if they were impatient to unlock all the colours without completing all the necessary tasks.  Same for the extra characters Billy and Saiki – they were unlockable but those without the patience or skill could be buy them for a fee.  KOF XIII also released DLC characters, themes and avatars.  There wasn’t much of an outroar at all because the fans generally felt that SNKP was not exactly a huge company with huge resources.

The question is, will  that be the furthest extent to which companies will go to make extra profit on a title?  SNKP are already on track to follow Capcom’s costume  DLC strategy, a lot easier to produce in 3D than 2D.  But at a more basic level, the industry is faced with the prospect of the free to play model (or f2p if you like).  In the app market, f2p seems to be doing very well, with many titles switching to it; rather than charging an upfront fee, revenue is gained from IAP (In App Purchases), what we know as DLC, more or less. XDZW and many games like them, are free to download, only requiring you to be online when you play, so you can be served advertisements through banners or the ingame music!  Characters there can be unlocked but most will balk at the ridiculous grinding required and so unlock via IAP.  Fighters are very very similar at their core – pick a character and knock out the opponent.  But what if more RPG elements were introduced?  What if you had to grind (or purchase) in order to unlock special moves or combos?  Would the FGC revolt?  Or accept it as the norm?  Now that SNKP has had a taste of DLC profit, will they remain fair with their strategies or turn ruthless?  Whatever complaints made about Capcom, you don’t see players refusing to buy the DLC.

Costumes are one thing, but a fighting game where both players have the same character, but each has a level, is not that alien a concept, and perhaps not as outrageous and deserving of such a knee jerk reaction.  Newer games offer players the choice of arcade mode and story mode, and within network mode, a quick play mode and a ranked mode.  Gaining a rank is merely a letter, albeit a glorified and well coloured one.  It doesn’t change the character, but signifies that the player is stronger.  What if the rank signified that the character was stronger?  Would players shy away from challenging such an opponent?  In Rank mode, if a low level player defeats a high one, the rewards are substantial.  The same can apply here.  If a player doesn’t want to be involved in all of this extraneous bling wearing activity, they can simply play quick matches or arcade mode.  Everyone’s happy…? And then, we realise Namco has already beaten others to the punch.  Releasing a F2P title doing pretty much what was discussed already.  Namco’s model also features a coin per play mechanic:  letting you play as long as you have coins… guess what you can do if you run out of coins…  However, the concept of only being able to play twice an hour (you get one coin per hour) seems rather too strict.   The paywall barrier may be too obvious for some and this is where players will walk away.  Nobody likes feeling like they have to pay to play, a good model will make the player want to pay.  It will be interesting to see how this turns out, and no doubt the other companies are taking note… In the meantime these companies still seem to be content with churning out the same formulaic fighters.

GTA V offers you an app to download to “enhance” your experience and continue grinding, and perhaps watch some ads.  Again, it’s all optional.  And we are happy to have the choice.  Take that away, or thinly veil a paywall, and I believe most will back off before you can say “continue?”  Imagine being able to grind your character stats while on the train… all while being served ads.  Too much?  Or a valid extension of a game, after all the punching and kicking has been done?  Let’s not forget, someone has to pay for the use of servers… the question that we probably won’t get an answer to is the actual cost.  Of course, developers need to get paid before a game has been finished, not after, so if you want that sequel….

What do you think?  Would you be interested in a RPG element in a fighting game – as an added mode?  Can you grind forever or are you ready to pay up for bonus stats and clothing?  Leave a comment!

Footnote: What people say and what they do are quite often different, according to what Tecmo said about DLC sales.