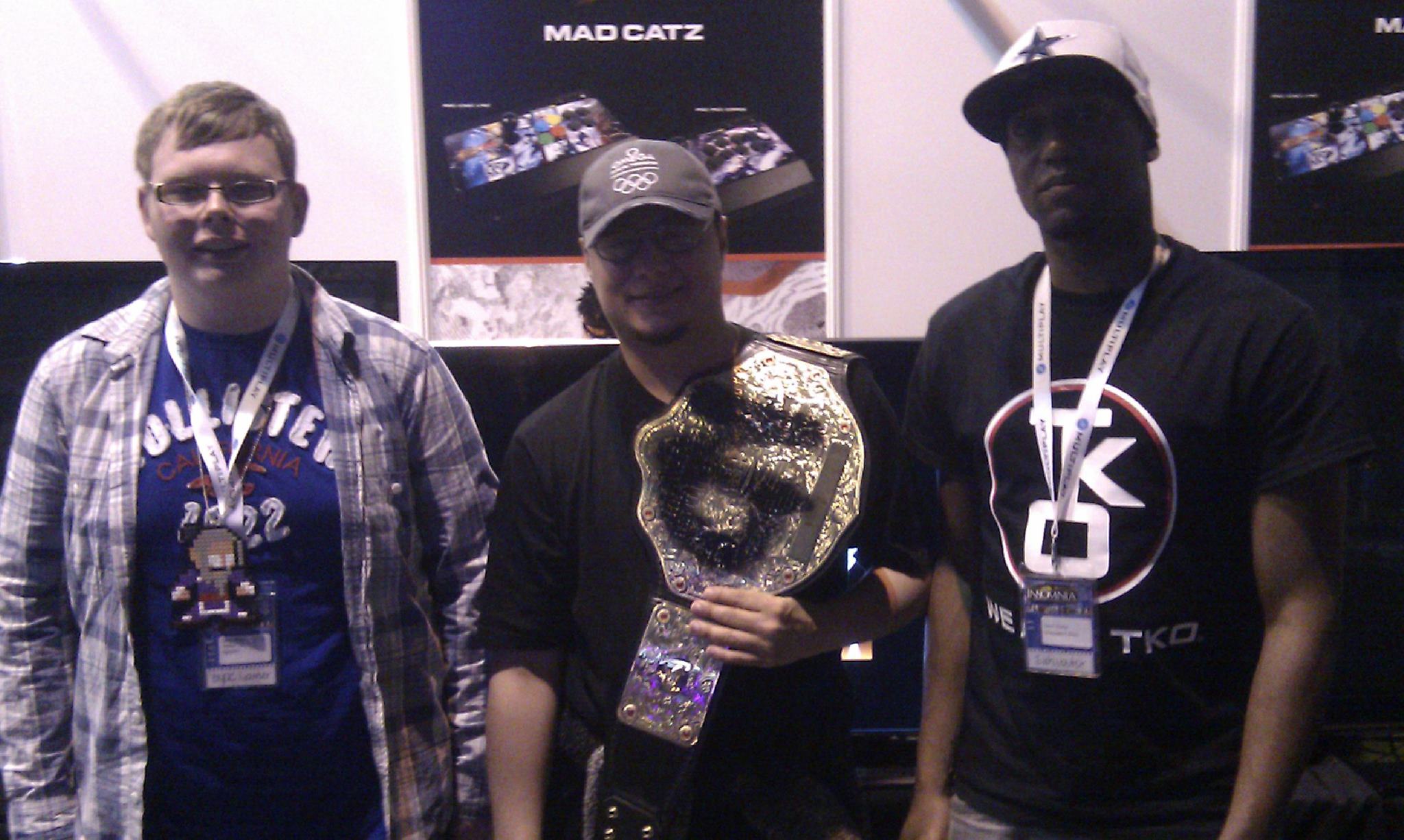 This is the second Insomnia with KOF. Some players stayed all 3 days (and perhaps more) so there was genuine fatigue for those:

Being there was some showboating with the ON belt I thought I would add some further details on the matches.

(Check out the stream footage at the bottom of this post)

From what I can recall:

Rickyo and Bigfool was put into losers by me, then I had to face Bigfool again in Grand finals.

Rickyo from near Paris was cleaning up in losers Bracket until he faced Bigfool and his mature. Apparently there are Mature players in France, but he didn’t get much opportunity to play them. So he had some problems keeping up with her mind games and patterns.

Bigfool has a good consistency with Matures Recka Drive Cancel follow up (D Metal Massacre) which is essential to any Mature player for the damage. His Chin was also consistent, except this time he did surprisingly drop some combos! I think 2 when he was facing me. Perhaps this was the fatigue from staying all 3 days?

Shinefist was doing well, always keeping up the zone game, I think it wasn’t a good idea to pick Joe with Shinefist’s playstyle. You shouldn’t play Joe as primarily a defensive character and perhaps a character change better suited to that would’ve been wiser. Joe is better when applying pressure and being in your face all the time. There are times when he can play defensive, but that’s not his strong point. His Billy was a good choice.

When TKO Supa had to face Shinefist it was closer than expected, but TKO took the game with a solid Benimaru. Tenrai was giving Rickyo some problems with Kim but I can’t remember the details, was hoping Tenrai would take it for the upset. I didn’t see much of Bigli, Tenrai and some other so apologies on lack of any write up. Thx to everyone else who contributed to the KOF event (Carpet, Firei, Zeroniiro, U-Media, I46 and everyone else).

Thanks to Quaka for setting up and running the 5 v 5. Not forgetting to thank Zeroniiro for going through the trouble of unlocking Billy and Saiki!

This was actually quite tick, mainly because we had enough time to make it first to 2 so ppl had more games.

Rickyo deafeating Ryan 2 nil was surprising. Perhaps he had regained his composure from the tournament and wanted some revenge. Ryan came with a runback in casuals after though. Everyone had fun and I think it was a good idea to make it first to 2 wins instead of 1 and off since we had the time and ppl were motivated. 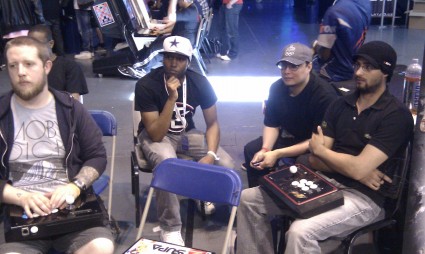 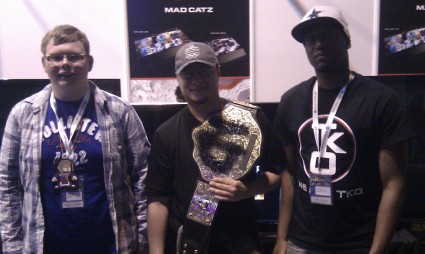 You can see all the other tournament matches, like VF5 and MK on their stream channel