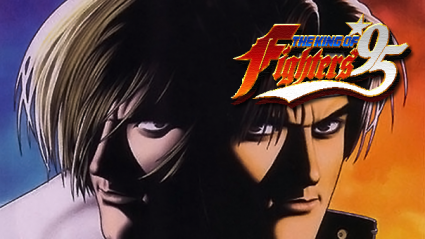 Waiting for the King of Fighters XIII is excruciating.  SNKP have taken a very long time to release the older KOF titles on the next generation machines and at this point the fan base seems to be split into two schools – the old (who won’t play the newer titles) and the new (who are frankly disgusted by the old graphics).  The bottom line is that there is a KOF title on PS3 with good netcode (sorry 360 users).  That alone should be good enough reason to warrant a purchase.

The game itself is of course a classic.  It is a proper upgrade to the predecessor and marked one of the peaks of SNK’s popularity in the fighting game scene.  The only drawback for KOF fans of the newest episodes is that the gameplay seems like a downgrade.  Many moves are missing, not to mention many characters.  Upon starting a match, the instinct is to run, but of course in this version you can only dash and you can’t hop!  Why would anyone want to play in such a restrictive fashion?

This is an arcade classic.  It’s otherwise hard to justify purchasing this, especially if your first fighters are high definition titles.  The appeal is more to the old skool crowd, who can finally play and keep an old skool KOF on their next generation console, without having to dig out anything hiding in the cupboard, and you can play against a friend without having to leave your couch, by going online.

The game seems basic, but in a familiar direction that the newest titles are taking, the deeper combat system doesn’t have to be employed in order to get the most out of the game.  There is a lot of fun to be had, and you can mash away your money’s worth.

This episode in the series marks the entrance of Iori Yagami!  And what an impact he made, with that lopsided hair and belt tied between his knees, not to mention his purple fire.  With the current storyline having Iori having lost this power, it’s almost compulsory to pick him in his original appearance.  Control wise he’s a surprise, as his axe kick is done with forward and hard kick, as opposed to light; his crossup kick is done by holding backwards and hard kick – it’s almost as confusing as using Iori in KOF XII, but with the capacity to pick Billy Kane as a team mate, it’s almost a preparation for KOF XIII. 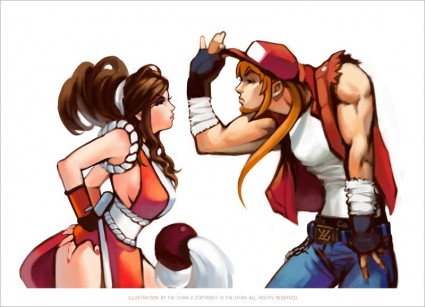 There is so much nostalgia that comes with the releases of the older KOF series and this particular episode is almost painful to bear, as your players stand in front of Neo Geo land, a representation of an actual arcade that used to stand in Esaka, Japan. This arcade closed down now many years ago but playing KOF 95 has brought back so many memories of the hey day of SNK.  Again, this appeal only works with the older crowd but newer fans might like to look at the history behind some of their favourite characters – KOF 95 leads us onwards through the Orochi storyline, which is still pretty interesting as it stands today.

It’s interesting to see some of the characters have more of a panache than in newer versions – for example when Clark lifts up his opponent in the Ultra Argentine Backbreaker, he quickly punches his palm – twice. And that’s part of the edge that 95 and many of the older KOF series have over the newer – character and polish.  You can see the work that went into this game.  It may be part of the nostalgic charm but even the end quotes seem funnier!

While dated in graphics and sound, the game is actually extremely well presented, with a dramatic attract sequence, a commentator calling out characters names (now, again, there is no excuse for mispronouncing ‘Kaiyo’) slowed down knockouts and some excellent stages, including the chemical plant (making its return in XIII!). Quite a few of the soundtracks still hold their own (and Iori won’t be mentioned again) with jazzy hip hop esque tracks. Still, some of the stages look muddy and even with the softening and scanline filters, it has to be considered that perhaps playing these on a CRT monitor would have been a better idea.

However, there are a few things lacking.  There is no practice mode.  This leads to quite a bit of frustration as the CPU will take no prisoners and there is no mid game move list to inspect, so make sure you come prepared.  What is also missing is the blood spray and Mai’s… um… bounciness.  The bug emulation option is still there so it’s odd that the blood can’t also be an option.  Kids play Mortal Kombat, for crying out loud, and this reviewer is in no mood to try the old Neo Geo code that requires two pads.

I also found the price a little steep at £7.19 but as a collector, there’s not much I could argue against it.

So let’s move on to the crucial part of the review: the netcode.  I didn’t have my hopes up since the appalling experiences with KOF 94, even though some people reported it to be playable.  My first match was against a friend in Japan (yes we thought we should jump in at the deep end).  It was… quite unplayable.  However, I was informed that he had just been playing with an opponent in South California, with great success.  So I had to try playing other people.  I found an opponent with a red bar, which normally would be avoided but in the spirit of experimentation, we tried a few matches.  It was alright, albeit a bit slow, with some lag input some frame skipping – note that this is actually a sign of good netcode; considering that was for a red bar match, I suddenly had much higher hopes for when I would meet an opponent closer to home.

An hour later, I found an opponent with a green bar (from worst to best: red, yellow, green, blue).

And OH MY WORD.  It was AMAZING.  Well, considering that most of my SNK online experience had been absolutely revolting, anything better than ok would have impressed me but at this second to best rated connection, the sudden speed and reaction of input blew me away.  After calming down, reality did kick in and I could see there was still a little lag, and it did jerk a few times, but the playability was approximately the same as in Street Fighter IV.  Which means… it’s good netcode.  While it’s not on par with the best netcode out there, it is certainly a huge improvement over M2’s last efforts and is most certainly playable.  What this means for the upcoming KOF XIII, cannot quite be put into words, but hopes are now raised.  While waiting for that title, this is certainly a good practice run.  Online play will never replicate the offline experience but if you are in a situation where offline play is unlikely then this is a good introduction into the world of input delay and frame skipping, where gameplay is actually quite different.

So here is the bottom line, as you were informed at the top.  Good netcode and a classic KOF, perfectly ported to the PS3 (although it could have had more helpful options).  What more could you ask for?  KOF 98?  Ah well, you’ll have to wait, so this will keep you busy in the meantime.