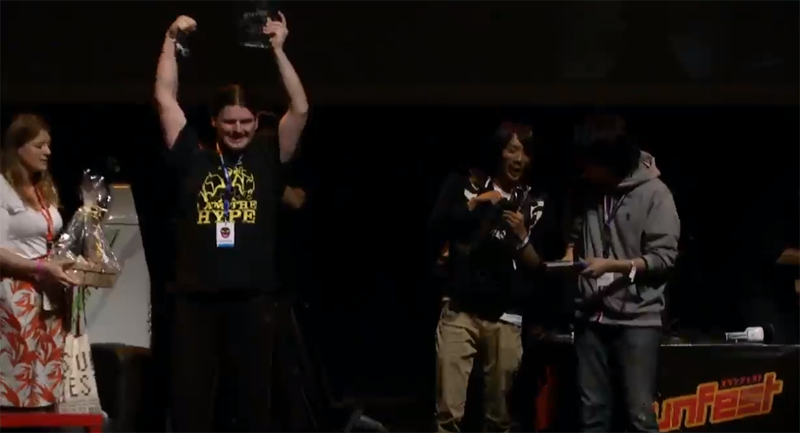 Likes: Travelling around the world, anime

Best moment: Beating Dogura at BB in the grand finals at Stunfest 2016

(Note by Gunny : You can see this pretty damn cool achievement at 5:56 below – it should automatically start there)

Future goals: Beat top japanese players in the current version of BB, trying not to job to Dogura in BB:CF

I am a dank meme poster, posting and retweeting only the finest/dankest memes 24/7.

I’ve managed to get second place at near enough every UK anime tournament that would have some cool trophy/decent prize money to win but if it’s not a major or it isn’t in the UK I actually stand a chance at that 1st place goodness.

I would probably play SFV if it let me use my PS4 stick on PC and didnt have 8f lag but Capcom are too inept to win me over it seems so I will play an incredible number of dodgy fightcade games instead.