In Yakuza Kiwami 2, at the west end of the Dotombori, you may notice these four tortoises and wonder what’s up with that. 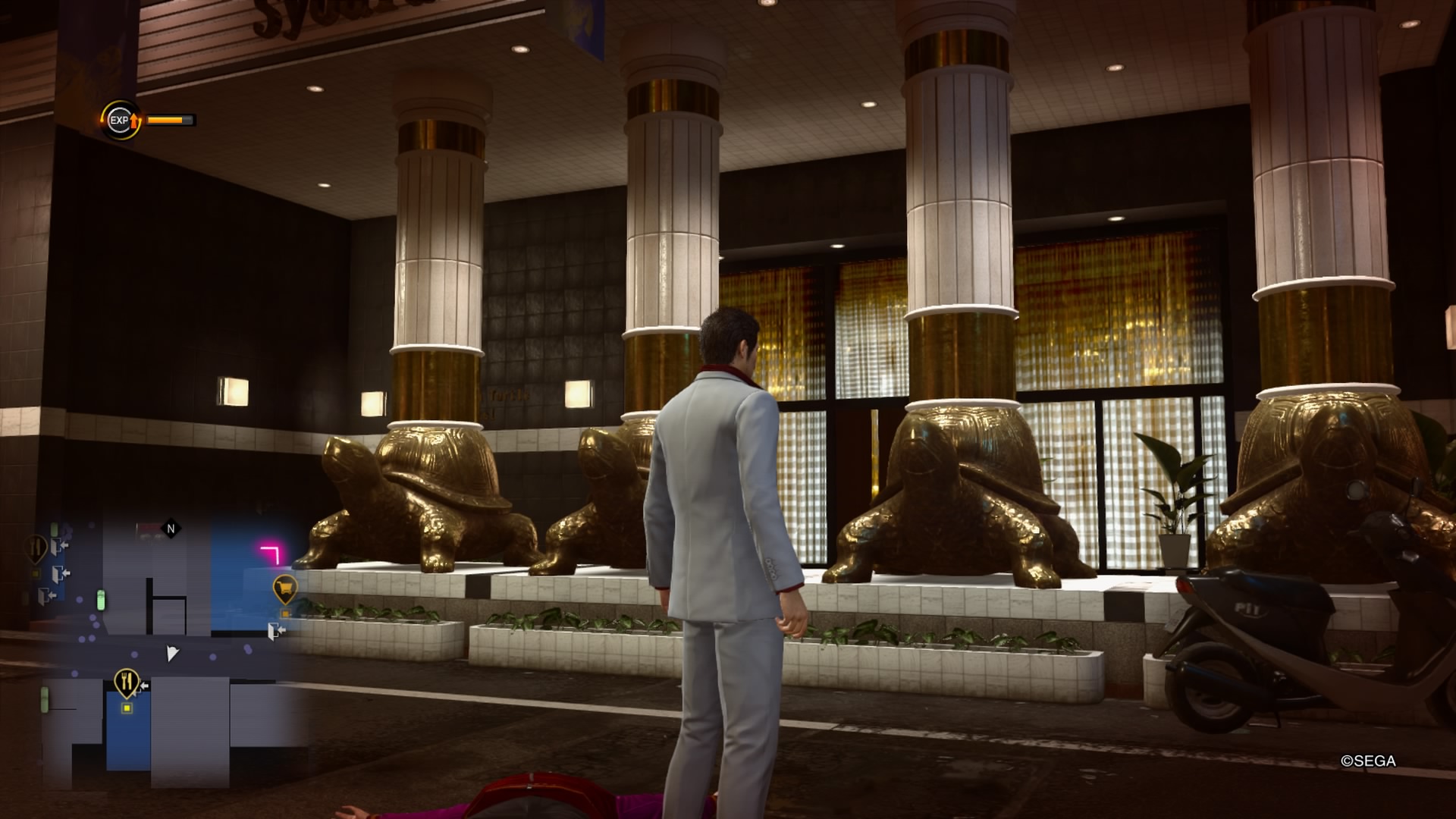 It’s actually based on a real hotel on the strip, which has a pretty interesting deco!

The hotel was established in 1970 and the four statues were installed in 1991, representing Asians, Africans, Arabs and “Westerners” (their term, not mine).

Regardless of the minefield-laden attempt to represent diversity, they are proud to welcome people from all over the world.

Apparently they have earned the title “hotel of smile” and run cultural events (to learn about Japan) every day.