In this mega update, a stream from France, replays from Scotland, a new ON member, the Dreamcancel Cup and the King of Counters 2015

We will go live from Akatsuki.Faty’s HQ in the centre of La Defense, for some offensive fighting, including Faty, Farid & Salim!  Tune in around 9pm GMT+1

Battle of rekkas to come again!

THERE WILL BE WARRRRRRRRRRRRRRR /LA GUERREEEEEE
(edit here is the replay!)

Earlier this month Scotland hosted The Return of Justice, with KOF, Marvel and Ultra.  Check out the replays below and if you are in the area, come down for the next one of the 18th October!

Thanks to Craig “Faker” Barclay, Professional Dylan “Atma” Bryson and David Gimble Barrett for running the event and making sure things run smoothly.

Shout outs also to the Janitor for the tshirt that could not be seen.  And to ON for sponsoring with that awesome Ikari tshirt, which is no longer available (the black one still is, though).

Orochinagi will be sponsoring the next KOF tournament there too with an interesting prize…. more about that later ^^

You may have heard of TSS Atma, probably the only person willing to travel regulary to attend EU region events for KOF, well, for alll his work in supporting the scene, he’s now ON.TSS Atma, which means when he supports something, we’ll try our best to support it too!

You can learn more about the track record and technical wizardry of this diehard here.

This is the first phase of fundraiser campaigns for the Dream Cancel Cup event held in January in Colorado! We would like to give you the opportunity to become a part of building & supporting this event! This campaign will last only 21 days from when this post was written! Visit our TeeSpring page if you would like to help:

Please spread the word as much as you can! If you stream KOF, please share this link and the cause to your viewers! Let’s show how strong the KOF community is by reaching our goal!

Featuring KOF 98 and 2002UM, here is a video which looks at the often overlooked ability to cancel your CD into a counter move.  If the opponent reacts to your CD with a CD counter, then they get hit by the counter.  Confusing? Watch the video!  Thanks to Mika Scare!

So here is the next lineup! Check back for updates!

Do you have an event that isn’t here? Leave a comment! 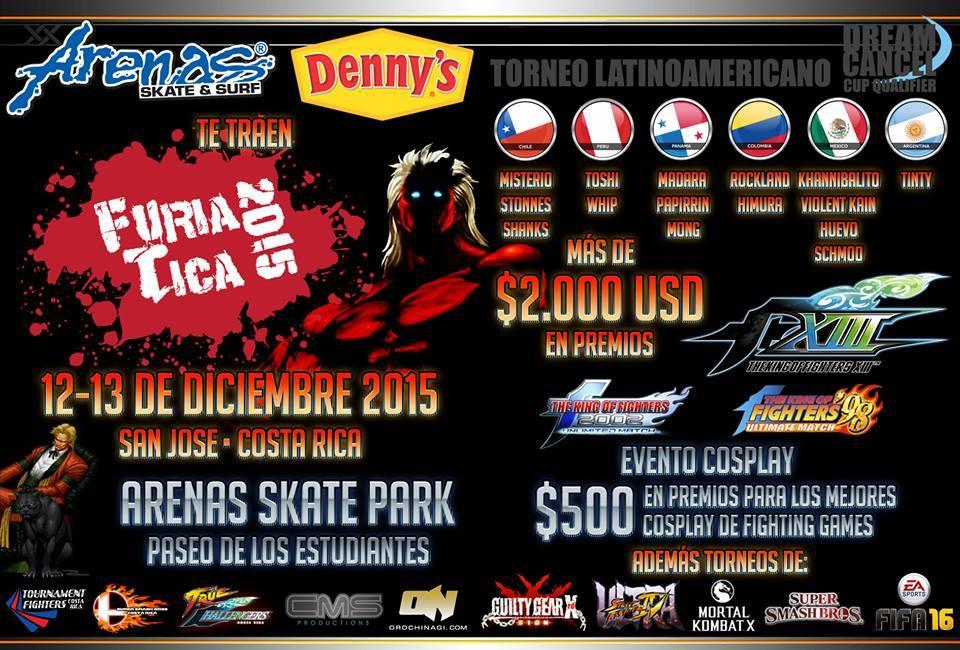 And this has nothing to do with anything

Did you blow your paycheck? There’s a “5 off 30” offer coming Oct 7. FYI, Ikari Design B is now discontinued.

Bogard Industries with the RUOK will be discontinued on the 12th Oct. Silver Esaka and Asobi shirts are the best sellers this season! Get ready to get yours (on the 7th)!!

Design A will become single sided! This may be your last chance to get both designs on one shirt!

“METAL SLUG DEFENSE” has been already downloaded more than 25 million times since its release!