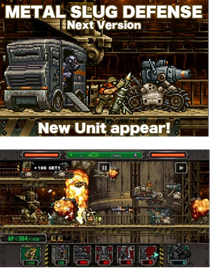 In the meantime, Metal Slug has a new update!!! Videos uploading right now!!!

? Price: Free to Play (with the presence of in-app purchases)

And we got an awesome new shirt with a new offer!!!!!

I may be required to take down shirts because of infringing a copyright I wasn’t aware of, so grab it quick!